The Thorns’ Big News Wednesday was a slug of player personnel moves, including three replacement-player – sorry; “supplemental” player signings, two players waived, the activation of Andressinha, and the return to Portland of Hayley Raso – only now with 100% more green cards!

But what does it all mean? I hear you ask…

Fortunately for the sporting world our crack Riveting! podcast staff is here to kick this stuff around and figure that out.

John Lawes: First, the releases: Onumonu – no surprise. I’ve had doubts about her technical skills ever since she was an after-thought in the Boston dispersal draft. She’s a hard worker, and I’ll never slag off on a player who leaves it all on the pitch. But her first touch never got past “awful”, and her pace and effort never made up for the fact that she just didn’t have a striker’s instinct. Napoleon is said to have asked only one question when an officer’s name was put forward to him as a prospective general: “Est il heureux?” – “Is he lucky?” Onumonu just was never good, or lucky, enough to get anything out of her efforts.

Patrick Chizeck: Onumonu never held anything back, but also never really produced for us.  I always wanted more from her.  Maybe she’ll be able to fit in better somewhere else, if she continues in the league (or elsewhere).

Shannan Sorenson: Pretty much this. Like the hard work but not the “nothing to show for it”.

John: Weber, now, though…her release surprises me. For two years she’s been the Thorns’ Swiss Army Knife; ask her anything and she’ll take a whack at it; forward, midfield, defense…in the small-roster world of the NWSL that’s gold. Lacked, like Onumonu, the nose for goal, but otherwise seems to be still a useful role-player. I wonder if the recent roster expansion has made the club more confident that they can find separate players who can be better at their specialties than Weber was as a generalist?

I think she’ll be missed; I don’t really think Lussi is what the club thinks she is. But we’ll see.

Shannan: I was most surprised about Weber. But then I looked up her stats and she just hasn’t been productive when she did get minutes.

Richard: To me it comes down to this – is Angela Salem really a better contributor than Mal Weber? I’d say no, but there could well be other factors. For all I know, Weber may have volunteered to go – you know, family, money, all that stuff.

Patrick: Like everyone else, I’m surprised that Weber is going.  She was never one of those players that I disliked, though come to think of it I rarely remember her excelling.  But that’s okay, not everyone is going to be a Sinc or Tobin, and as long as you are working hard and not making dumb mistakes I’m generally fine with you. I am with Richard, I’m wondering if it was a mutual decision? I wonder what’s in her future. And as far as Lussi goes, I still have faith in her. I think we will see great things from her.

John: Well, I hope Weber lands on her feet, wherever she does land. She was a good trooper for years. You can see that her teammates enjoyed pranking her, anyway.

Emile Ogle seems a solid top-level NCAA DM or back. The “book” on her was that she was supposedly a trifle frail at the professional level. I’ve looked at her record at PSU, and she seems to have been durable there, starting 24-27 games a season. Top Drawer soccer rated her #5 in the nation overall and #1 in the Big 10 as a senior. She looked composed in preseason, and I can’t think that she won’t be capable of doing decent work over the WC break.

Simone Charley is a bit of a familiar face; she was here last season and did well. She played a half against the US U-23s, and I rated her as +4 net:

“Charley (NRI) (45’ – +5/-1) I liked what I saw from young Simone Charley; incisive runs, some good forechecking tackles for gain, and a general sense of intelligent movement. Good shift from the forward from Vanderbilt.”

I tagged her as a potential signing over Elizabeth Ball last season, who I thought was unimpressive, which just shows how much I know about player personnel. Returned this preseason and again showed intelligence and aggression. Needs minutes, though, to make up for the long layoff since her last competitive match.

Patrick: I’m happy to have Simone Charley, if only to not have to hear John and Richard complain that she was better than Ball but wasn’t signed. : )

John: Madison Pogarch was, for me, the easiest assumption to make of which of the NRI preseason players who we’d see at this time. Terrific at fullback both defensively and as a passer. It’ll be interesting to see where she’ll come in; with Klingenberg having the spring of a career year the left back slot seems pretty filled. Can Pogarch play out wide right? If she can, we may not find ourselves missing Carpenter as much as we thought we would.

Anybody want to add to that? Richard, I know Pogarch was one of your preseason favorites, yes?

Richard: Yes, indeed. Pogarch was my happy surprise in preseason. These three moves are 100% no-brainers, in my opinion.

Patrick: Don’t have much to say on Ogle and Pogarch, but I’m excited to see what they can do.   They have a lot of expectations to contend with and big shoes to fill. Same thing with Salem, though with a little trepidation in regards to her.

John: Last, our two returning players are as different as chalk and cheese. Raso is a proven quantity, a dangerous striker with a fine record who seems fully recovered from her 2018 injury. She will step in – hopefully – where she left off in 2018 for the game or two she will be with the Thorns.

Richard: My speculation three podcasts ago, re: why Raso had to go to Australia, was right. So go me! But seriously, this is a good long-term sign. She must be planning to stick around for multiple years.

John: We kicked this around in the first podcast, Shannan, before we had a chance to work with you. Richard nailed it then but the Thorns FO was its usual sphinx-like self so we had to wait until now to get the confirmation.

Shannan: Still, I agree; that’s a terrific sign of her commitment here. I’m excited about Raso.

Patrick:  I’ve missed her.  I’m very, very happy she is back, and even happier that she has a green card. She never ceases to impress me on the pitch and I am already looking at my watch [no, I don’t actually have a watch. Looking at my phone, I guess?] and waiting for her to return, as we have not been the same without her.

John: Okay, well…Andressinha…well, I honestly have no idea what we’re going to see.

Patrick: I think Riveting! owes Jamie Goldberg a beer, or a dollar or something, as her contention that Andressinha was coming back was ultimately correct.  How does she know this stuff?  Does she have incriminating photos of Gavin (which I absolutely never ever ever want to see)?  Andressinha never did much for us, but I’m still happy to have her back , if only to see if she can hit her stride.

John: Thing is, in Houston Andressinha was terrific as a midfield creator; in 2016 she completed 29 “key passes” over 15 games with a goal and an assist. She put nearly half her shots on frame. The following year she was even better; 46 key passes over 21 games, 3 assists, 2 goals while putting 14 of 25 shots on goal.

But here in 2018 – while she was still creating about 50 passes per 90 minutes, and her completion rate was still well in the 80% range – only she put less than 25% of her shots on frame and had no goals or assists. Perhaps her worst slump was in “creating”; she completed only 6 “key passes” in 19 games. She was easily put off her game by rough play and had to be subbed off in 6 of her starts.

Shannan: Good Andressinha. I’m optimistic, I think she has a lot to offer.

Richard: Like I said, this one is a no-brainer. We need her to perform up to her potential, and I think she can. Richard Farley reported that she has been training with the team and looks sharp, with no sign of any lingering injury. Which is encouraging, obviously.

John: One more move to mention – the activation of Angela Salem. Salem was utterly ineffective when she did play – which was very seldom – in 2018. For a player of her experience her marking and tackling was often shockingly poor. Here’s what I wrote about her after the season:

“She was good in Boston. Her tackling success rate was in the mid-to-high seventies, her challenges-won always better than 50 percent, including in the air. She had 75 interceptions over 2,117 minutes played in 2017, over three per match. Her passing accuracy was always over 70 percent.

All that changed in Portland.  Her duels won dropped to barely 40 percent both on the ground and in the air. Her successful tackles down to 50 percent. Her passing completion was still in the 70-percent range but her long-pass accuracy went into the tank.

I’m baffled at what happened to Salem here. She never seemed to get minutes and, when she did, she was mediocre. I think those things may be linked; some players need time on the pitch to get into form, and Salem may be one of them.”

Overall? I think these are solid moves. The three replacement players are all at least decent. Raso will give the club a goalscoring threat to replace the US players in the interim period when the “left-behind” players will need to step up. Andressinha and Salem will provide, if nothing else, some depth. Given that the losses are going to hurt, this at least provides a bit of hope for relief from the pain.

Richard: Agree with pretty much “all the above”.

Shannan: Yep. We’ll have to see how these moves work out, but they look solid to me.

John: Okay, well, that’s all I can think of for now. We’ll have to see how things go in Orlando . See you then! 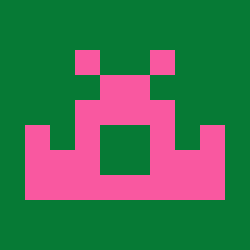 Latest posts by staff (see all)

This site uses Akismet to reduce spam. Learn how your comment data is processed.

View all posts by staff