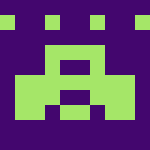 Christianity Is the Most Full Religion

First we have now to understand why we should always consider that a God actually exists. You could possibly say it's in the creation itself. It is illogical to assume that likelihood really created rationality, so since we have been actually created with a want for meaningfulness, which is a part of rationality, and a creator is always larger than his creation, our creator must be larger in personhood (a God) than we are. Also without a God, we will never have Love because God is Love. Another argument for God's existence is that we being imperfect as all of us know, but regularly striving for perfection, should have developed this idea of perfection from some place, and the most logical place that we developed this from seems to be from a higher power (a God, as an illustration). Also, can you imagine a planet spinning across the universe in perfect unison permitting human life to evolve as it has for so long as it has without utterly breaking up with all its earthquakes and volcanoes taking place without a God being in control. And finally Parapsychologists, who have studied Near-Demise experiences, have reported that these people have seen visions of an After-Life during their experiences, which suggests that someone have to be accountable for all of this.

Now let us see how the Main Religions, with the exception of Christianity, view their interpretation of what God is like and the right way to approach him. The Buddhist imagine that God is really unknowable, so that we should only live in the current and turn into our own Gods as we understand Him by means of Meditation and Yoga. The Hindus believe that at one time our Immortal Souls have been all Good like God, however we lost that Perfection for some reason so we had to come down to earth and try to get that back by means of Meditation, Yoga, or Reincarnation as a closing Solution. Reincarnation is that once we die we enter another body in order that we are able to improve a little bit every time. The problem here is that if this were true, the World should be getting better and better from generation to generation. Muslims consider in only one God as described of their Sacred Book called the Koran written by Mohammed, who is regarded as the Messenger from God. Its adherents must observe certain rules as proscribed within the Koran, but interpreted differently by various leaders within the Muslim Religion. Muslims do not believe in inherited Evil or Sin. They only imagine that Evil or Sin is between man and God, and that if man asks God for forgiveness, He will forgive. And at last the Jewish adherents additionally believe in one God as described in their Sacred Book called the Bible, or within Christianity called the Old Testament, but written by a number of Non secular Leaders a few of whom were called Prophets or Messengers of God. And here they should follow the God-given Commandments. On the end of time a Messiah will come and all will be saved. Within the meantime all we have now to do is to ask God to forgive us for our Sins or Evil Actions and He will do so.

Between Muslims and Christians, one of many biggest differences is that Christians believe in Inherited Sin or Evil whereas Muslims don't. Because of this, Christians believe they want a redeemer they usually found one in Jesus Christ. Now His story can be found in the Sacred Book of Christians called the Bible, each the Old and New Testaments, where one can discover a large amount of Historical Genuineity. The Christian Bible says that Jesus Christ is the Son of God, and likewise God Himself (Math 14:28-32, Luke 9:28-36 John 5:16-forty seven, etc.). He is also our Savior in that He saved us from our sin by struggling and dying on the cross and being raised from the dead (A lot Proof of the Resurrection is present in my Book "Who's Jesus Christ" printed by Amazon). Truly He grew to become Sin for us if we Believe in Him. This is the way we have been Forgiven. He was God's sacrifice for us. It was like perfection saving imperfection. But as I said we truly should consider in all of this in order that we can then turn out to be wrapped up in our belief, or Jesus Christ, just like a Christmas package, so that when God looks at us, all that He can see is His Son (perfection), or Himself as if He were looking into a mirror. It is fascinating to note right here that the Koran was written by one Messenger of God whereby the Christian Bible was written by many Messengers of God who had been quite reliable and consistent in their message.

And the Jewish perception comes from their Bible (The Old Testament in the Christian Bible) and included in it is the story of the Inherited Sin or Evil, but the Jewish seem to ignore it and their want for a Redeemer, because from a Jewish website they consider that the Messiah will come on the finish of time and that each one will be Saved and live on earth Forever. They don't imagine in the prophecies discovered in the Jewish Bible in regards to the coming of Jesus (2 Samuel 7:16, Isaiah 7:14, 9:6-7, & 35:four-6, Micah 5:2-5, Psalms 41:9, and Zechariah 12:10.

In John 1:1 it states that the Word was God, or in other words that Jesus was God, and in different places in Scripture it states the same. And the Holy Spirit is the third manifestation of God as talked about in Scripture who's the one who directs us to do the righteous things that God desires us to do. So in a way God took a human type in the particular person of Jesus to intermingle with us for a while earlier than dying on the cross and being resurrected to go back to His Heavenly Home taking our Sins with him. After all, the consequence of Inherited Sin is Loss of life for all unless you believe in Jesus Christ and who He really is. And the more aware you are of getting this Faith in believing all of this, the more Loving and the less Sinning you'll be doing. The Biblical Book of Romans summarizes the Christian Perception quite nicely.

If you have any kind of questions pertaining to where and just how to use Bible Unveiled, you could call us at our website.